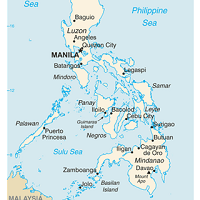 Lawyers for Lawyers together with five other organizations joined Lawyers Rights Watch Canada in a statement to the 42nd Session of the UN Human Rights Council regarding the extrajudicial killings of jurists in the Philippines. In the period between August 2016 and 5 September 2019 at least 46 lawyers, prosecutors and judges and 134 human rights defenders have been assassinated in the Philippines.

The statement highlights the killings of jurists as part of a “pattern of gross and systematic violations of human rights” by the Philippines in its “war on drugs” that has led to the extrajudicial killing of up to 27,000 people with impunity since President Duterte took office on 30 June 2016. The statement links to a list of 45 jurists who had been murdered at the time of submission of the statement. A 46th jurist, a lawyer, was murdered on 5 September.

UN bodies and experts have consistently raised concern over the extrajudicial killings in the Philippines, including the adoption in July by the UN Human Rights Council of Resolution 41/L.20 tasking the UN High Commissioner for Human Rights to prepare a “comprehensive written report on the situation of human rights in the Philippines” for the June 2020 session of the Human Rights Council. The resolution also urges the Philippines “to take all necessary measures to prevent extrajudicial killings and enforced disappearances, to carry out impartial investigations and to hold perpetrators accountable,” and to cooperate with the UNHCHR and Council mechanisms by “facilitating country visits and preventing and refraining from all acts of intimidation or retaliation.” Thirty-five countries, led by Iceland, endorsed the Human Rights Council resolution.

As a member of the UN Human Rights Council, the Philippines has a special obligation to “uphold the highest standards in the promotion and protection of human rights,” and to “fully cooperate with the Council.” However, as the joint submission points out, the Philippines has either ignored or impeded dozens of attempts by UN experts to address these concerns.

In the statement several requests were made to the Human Rights Council, including that it would insist and ensure that the Philippines fully cooperate with the UNHCHR and Council mechanisms including Resolution 41/L.20.