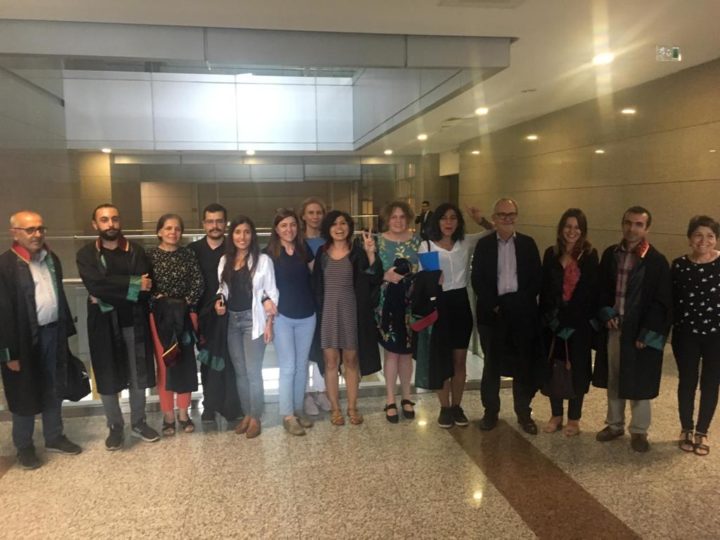 On 12 September 2019 lawyer Can Tombul was released after 1 year and 1,5 month of pre-trial detention.

Mr Tombul is a lawyer at the Law Bureau of the Oppressed (EHB). Together with his colleagues mr Tombul represents victims and family members of victims of the bombings / massacres in Ankara and Suruç in 2015. He was also involved in documenting human rights violations in South-East Turkey. Mr Tombul is accused of membership of a terrorist organization, for allegedly giving a coded message to one of his clients in prison and attending a training camp in Syria. The defense claims there is no evidence of any criminal act in his file.

L4L wrote a letter about mr Tombul’s case to the Turkish authorities and attended 3 hearings: on 18 April 2019, on 16 July 2019 and last Thursday, 12 September 2019. During all these hearings, mr Tombul’s lawyers emphasized that mr Tombul is not a flight risk and that there is no investigative reason to keep him in pre-trial detention. Combined with the fact that evidence of any wrongdoing is lacking, they urged the court to order mr Tombul’s release. This time the court concurred with the request.

Although L4L is very pleased that mr Tombul was released, we are still concerned over the fact that the charges against him have not been dropped. The next hearing in his case is 28 November 2019.

Furthermore, his colleagues from EHB Sezin Uçar, Gülhan Kaya and Őzlem Gümüştaş are also being prosecuted on terrorist charges. Sezin Uçar and Őzlem Gümüştaş were in pre-trail detention themselves for almost a year. The next hearing in their case is on 26 November 2019.

L4L will keep on monitoring these cases closely and will keep on stressing that lawyers should not suffer prosecution for doing their job.