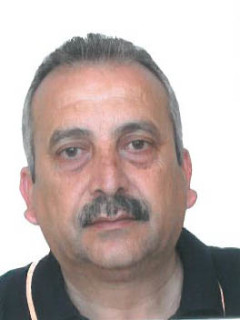 On the shortlist: Iyad Alami

Next Friday, 19 May, the presentation of the Lawyers for Lawyers Award 2017 will take place after the seminar ‘The Voice of Rights, about lawyers and freedom of expression’. Next to the presentation of the Award to Thai lawyer Sirikan Charoensiri, special attention will be paid to two other nominees who were selected by the Jury on the shortlist for the Award. Iyad Alami from the Occupied Palestinian territories is one of them.

Iyad Alami is one of the most prominent Palestinian human rights defenders, working to bring justice to victims and prosecute perpetrators of violations in the occupied Palestinian territory out of sincere faith in the values of human dignity and rights. Iyad Alami started his career in lawyering for people’s rights in the third year of the first Intifada, which started in 1987; he was driven by a sense of belonging and duty to serve those who suffered under the cruel and unbearable occupation.

Starting out, there was no chance for a conventional training, it was a time where every man had to serve in every way possible. Thus from the first day, Iyad Alami started visiting prisoners and defending them in Israeli military courts and their cause remains a primary focus for him to this day. Furthermore, the damage caused to civilians’ property and establishments due to Israeli violence required follow up on investigations in these attacks and building case files in order to secure justice and remedy to victims and prosecute those responsible for these violations. Iyad Alami has been working on building legal cases, involving grave violations of the international humanitarian law and human rights law until this present minute.

Iyad Alami is one of the founding members of the Palestinian Centre for Human Rights, and with dedication and convention, PCHR has come to be the leading human rights organization in the oPt and one of the pioneering organizations in employing law to defend human rights and stand in the face of impunity. He continues to work for people’s rights on many levels, as he is inspired every day in the hope that justice will prevail, victims will be redressed and the occupation will end.