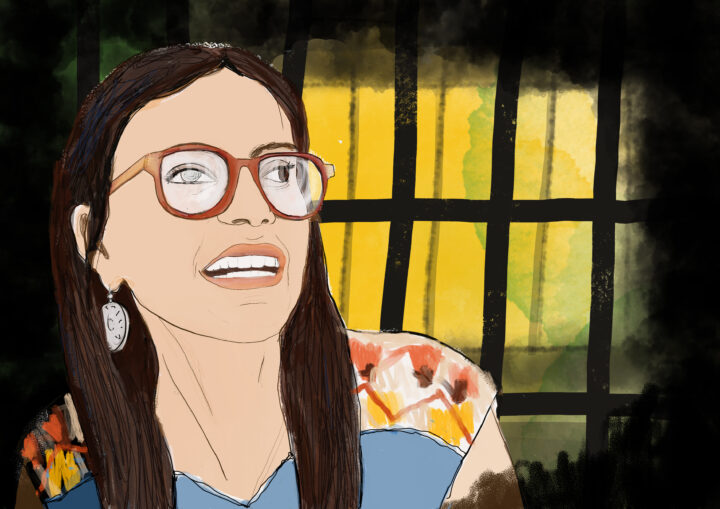 Lawyers for Lawyers welcomes the news that Mahienour El-Massry, a prominent human rights lawyer from Egypt, has been released from prison.

On 22 September 2019, Mahienour el-Massry was arrested in front the State Security Prosecution office in Cairo, where she was following up on the investigations into a lawyer who was detained as part of a wider crackdown against human rights defenders and independent civil society organized by the Egyptian government. Mahienour El-Massry’s arrest seems to be connnected to her legitimate activities as a lawyer and the representation of detainees that were arrested during demonstrations demanding the resignation of the Egyptian president Abdelfattah Al-Sisi. She was held in pretrial detention at Al Qanater women’s prison until her release on 18 July 2021. We have been informed that Mahienour El-Massry was released following a decision from the attorney-general. Despite her release, the case against Mahienour remains open and the investigations are ongoing.

This was not the first time Mahienour el-Massry was arrested as a result of adequately discharging her functions as a lawyer. Since 2014, she has spent lengthy periods in Egyptian prison under difficult circumstances. Since 10 December 2019, Lawyers for Lawyers raised awareness for Mahienour El-Massry’s detention as part of our #FreeTheLawyers campaign.

Lawyers for Lawyers welcomes the decision to release Mahienour El-Massry, but is still concerned about the overall situation of lawyers in Egypt. In a recent statement, Lawyers for Lawyers alongside 63 organizations expressed their concern about the arbitrary arrest, detention and other judicial harassment of human rights defenders in Egypt and called upon the Egyptian authorities to create a safe and enabling environment for human rights defenders. Other Egyptian lawyers who are still detained in relation to their legitimate activities in the legal profession include Haytham Mohamadeen and Hoda Abdelmoneim.