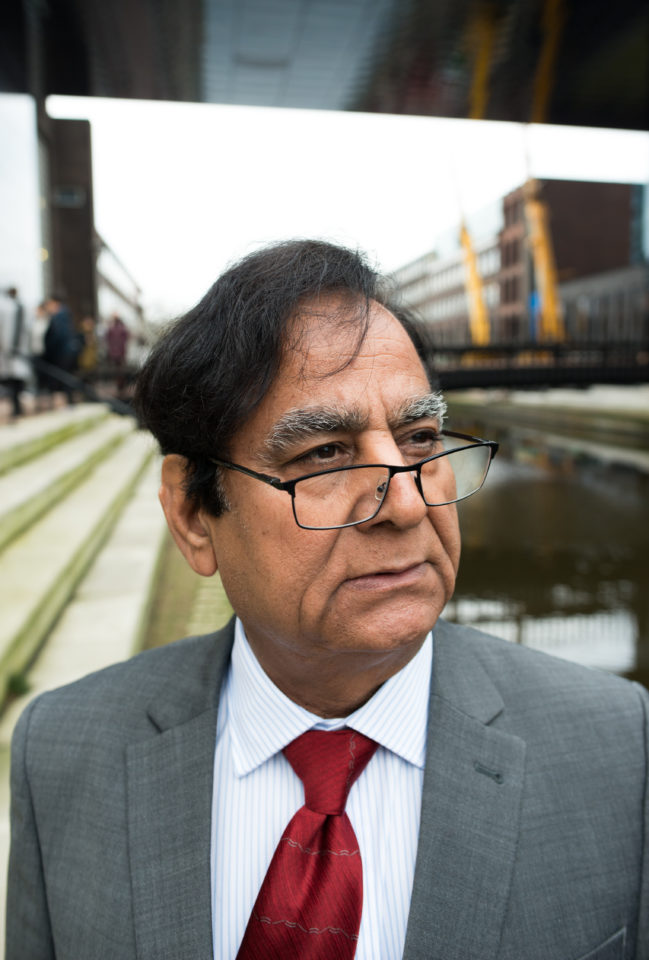 Day of the Endangered Lawyer 2020

Since 2010 the Day of the Endangered Lawyer honors lawyers across the world who put themselves at risk in their fight for human rights and to maintain the rule of law. It aims to create awareness that the practice of the legal profession in many countries involves significant risks, and to denounce the situation in a particular country where lawyers are victims of serious violations of their fundamental rights because of the exercise of their profession. Each year, the persecution of lawyers in a particular country is highlighted.

Over the past decades, lawyers in Pakistan have been subjected to acts of mass terrorism, murder, attempted murder, assaults, (death) threats, contempt proceedings, harassment and intimidation, as well as judicial harassment and torture in detention, merely for engaging in their professional duties as lawyers. Their families also have been targeted, and some have even been murdered. Some lawyers have also been threatened with disbarment and/or had their homes and offices raided by the police.

Seminars in Amsterdam and The Hague

Saif ul-Malook, a lawyer from Pakistan, was invited to The Netherlands to speak about the situation of lawyers in his country. Saif ul-Malook became known in the Netherlands for his role in the Asia Bibi case. Asia Bibi is a Christian woman who was sentenced to death in 2010 for blasphemy. After spending eight years in a death row, the Pakistan Supreme Court acquitted her in October 2018 for lack of evidence. After the court’s ruling, Malook received serious threats and had to flee to the Netherlands for fear of his life. He returned to Pakistan in January 2019, where he continues his work under difficult circumstances.

Saif ul-Malook: “Rules are made to resolve problems, not to create them.”

Saif ul-Malook spoke during seminars in Amsterdam and The Hague. The seminars were organized in cooperation with the Amsterdam Center on the Legal Professions and the Young Lawyers Association The Hague. Furthermore, a manifestation was held in front of the Pakistan Embassy in The Hague by the Vereniging Sociale Advocatuur Nederland (VSAN). We were able to hand over a petition to the Deputy Head of Mission of the embassy and underline the importance of the need for protection of lawyers in Pakistan. 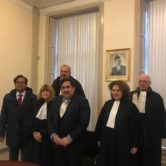 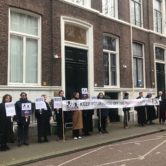 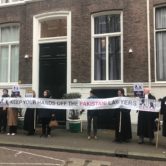