Home » News » Chinese New Year: Looking back on another year of repression of China’s legal professionals 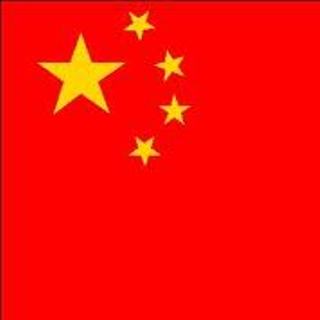 The repression on lawyers in China has intensified over the last 10 years, with many lawyers being arrested or disbarred. Over the last year, the Chinese government has further curtailed the freedoms available to residents of Hong Kong, which is also affecting Hong Kong based human rights lawyers. The situation of lawyers both in China and Hong Kong remains of concern, especially after granting a third 5 year-term to Xi Jinping.

Over the last year, Lawyers for Lawyers has expressed concerns about these developments through several joint oral statements on China during the 49th, 50th, and 51st session of the United Nations Human Rights Council. We have discussed the enforced disappearances, torture and ill-treatment of lawyers and defenders in China; the systematic pattern of arbitrary detention of lawyers China; and the widespread pattern of enforced disappearances including of lawyers and human rights defenders in China.

Lawyers for lawyers has also expressed concerns on the harassment of human rights lawyers defending protestors of the zero-covid policy.

In 2022, Lawyers for Lawyers also filed a joint submission and a joint oral statement to inform the Human Rights Committee of the deteriorating situation of lawyers in Hong Kong.

China has continued its systematic practice of arbitrary detention of lawyers and human rights defenders in 2022. Over the last years, Lawyers for Lawyers has followed the cases of a large number of lawyers who faced criminal prosecution and arbitrary arrests. Within this group, Lawyers for Lawyers has also seen that the practice of ‘Residential Surveillance at a Designated Location’ (RSDL), which is effectively a form of enforced disappearance, has continued to be used against lawyers.

The former High Commissioner noted in 2022 that “UN human rights bodies have found that China’s system of Residential Surveillance constitutes arbitrary detention and have called for its repeal.” The OHCHR assessment on Xinjiang noted allegations of “arbitrary detention on a broad scale” with no access to lawyers or fair trials.

Lawyers or Lawyers is dismayed by China’s continued refusal to cooperate with the mechanisms of the Human Rights Council in the face of allegations of numerous enforced disappearances in Xinjiang and Tibet, and the systematic practice of Residential Surveillance in a Designated Location to which numerous defenders including lawyers are subjected. In the joint oral statement Lawyers for Lawyers has urged China to immediately accept the Working Group’s 2013 request for an invitation for a country visit, and called on the Council to create an independent mechanism to thoroughly and promptly investigate allegations of gross, widespread and systematic human rights violations in China reported by dozens of Special Procedures mandate holders and the OHCHR.

COVID-19: Lawyers codes were abused to curtail their freedom and Lawyers supporting protestors in China were targeted by authorities

Under China’s zero-covid policy, citizens in 2022 needed a digital health code to travel or enter places. Human rights lawyers and government critics experienced that their codes were being abused, specifically so since early October 2022, in the run-up to the Party Congress where Party leader Xi Jinping increased his power. The abuse of their codes was used to curtail their freedom, so that they were not able to travel to their office or to the courts where their cases took place.

Unfortunately, the zero-COVID policy led to further repression of lawyers in 2022. At the end of 2022 peaceful protests started all over China against the Chinese zero-COVID policy in general that has led to very strict lockdown measures and overall discontent with the repressive regime. The Chinese government has responded to the protests by arresting large numbers of protesters. Several lawyers have been providing legal services to those arrested during the protests. It has been reported that local authorities and state police have attempted to interfere with the lawyers’ attempts to provide legal services. Lawyers have furthermore been warned to drop certain cases by local authorities and have been questioned by state security police.

Lawyers for Lawyers has expressed its concerns about the chilling effect caused by the harassment of the authorities on the Chinese lawyers defending the protesters and the impact this might have on the effective legal protection of the protesters.

Those fears appear to be justified: Hong Kong authorities have arrested and prosecuted Hong Kong barrister Margaret Ng under the NSL for working with a fund providing financial aid to protestors. Based on information about the activities of other lawyers discovered in that investigation, Hong Kong authorities have lodged complaints with the Hong Kong Bar Association. Hong Kong lawyers have voiced serious concerns that they are or will not be able to perform their work for those accused under the NSL without running the risk of prosecution themselves.

The NSL has also had a spillover effect, with anonymous vigilantes using references to the NSL to threaten and intimidate lawyers from other jurisdictions representing Hong Kong citizens in NSL cases, citing the law’s extraterritorial applicability.

The NSL has also had a chilling effect on lawyers in Hong Kong in the last years. Many lawyers involved in human rights cases have discontinued their work or even left Hong Kong out of fear of repercussions.

In our submission for the ICCPR review of Hong Kong in 2022, Lawyers for Lawyers has created an overview of the obstacles to the independent functioning of the legal profession and has called upon the governments of Hong Kong and the PRC to respect and ensure effective adherence to all of the rights and principles enshrined in the Basic Principles on the Role of Lawyers. The UN Human Rights Committee followed our calls and has urged the Hong Kong government in its concluding remarks to take necessary measures to protect lawyers in Hong Kong.

Outlook for the upcoming year?

Lawyers for Lawyers has serious concerns about the situation of human rights defenders and lawyers in China. If anything, the Chinese government has shown to continue the repression of lawyers and human rights defenders, with now also the legal profession in Hong Kong coming under increasing pressure. Yu Wensheng, a prominent human rights lawyer, recently described the current situation and outlook: “A lot of very capable and professional human rights lawyers have basically had their licenses revoked, and the ones who remain are too afraid to stand up to the government when it comes to representing cases. (..) But we should also be wary of another July 2015 [nationwide operation targeting rights lawyers], which would be very bad, and is entirely possible.”

During the Year of the Rabbit, Lawyers for Lawyers will continue its efforts to support the Chinese and Hong Kong lawyers.